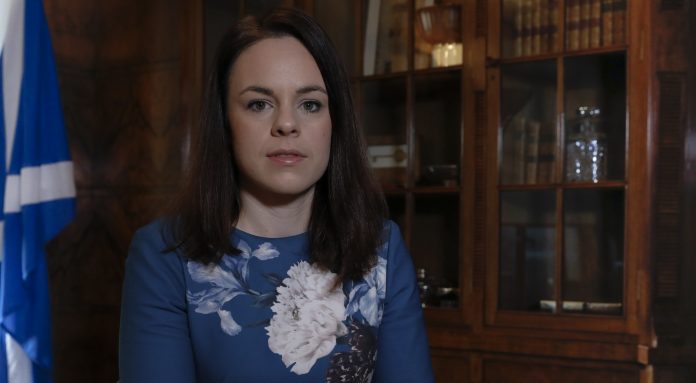 First Minister Nicola Sturgeon, today, did not rule out imposing quarantine restrictions on people coming to Scotland from other parts of the UK. She said the government had “no plans” at the moment to impose one “right now” and that “all options” had to be considered if there was a spike elsewhere. She made the comments at her daily news briefing (29 June) as she revealed the infection level in Scotland continued to fall and no new COVID deaths in Scotland for the fourth day in a row.

The Scottish Government also published a new report today ‘COVID-19: UK Fiscal Path – A New Approach’ which will wing its way to the UK Government. It suggests that VAT be reduced to 5% for the hospitality and tourism sector and the standard rate of VAT be cut to 15% for six months once current restrictions are lifted.

Finance Secretary Kate Forbes launched the report which suggests a UK-wide £80 billion stimulus package which includes: a two pence cut in employers’ National Insurance Contributions to reduce the cost of hiring staff; the introduction a jobs guarantee scheme for young people, with increased training, and an extension of the furlough scheme, or some other form of wage subsidy, for the hardest-hit sectors, as well as the abolition of the apprenticeship levy.

Ms Forbes said, “We are emerging from the biggest economic shock of our lifetimes. It has hit the most vulnerable in our society disproportionately and presents challenges that the Scottish Government does not currently have the powers to meet.

She continued, “This report recommends bold, practical steps which would provide an immediate boost to our economy, protect existing jobs and deliver new ones. It tackles public debt, employment and proposes measures to further support business. Crucially, it avoids any return to austerity. Economic stimulus must be prioritised over deficit reduction until the recovery has fully taken hold.

“Germany has already adopted a similar-size stimulus package, representing four per cent of GDP, and the UK Government needs to be similarly positive, proactive and ambitious.

“Action is needed now. If the UK Government is not prepared to respond then Scotland must have the additional financial powers required to secure a sustainable economic recovery.

Other action it proposes the UK Government should take to kick-start the economy include:

“Without those powers we will be at a severe disadvantage to other nations. It would be like trying to chart our way to recovery with one hand tied behind our back,” said Ms Forbes.

Facebook
Twitter
Linkedin
Email
Previous articleState-owned hotels? Just one of the ideas put forward by The Advisory Group on Economic Recovery
Next articleVAT reduced to 5% for hospitality, bonuses for employers and Government backed ‘Eat out to Help Out’

Cromlix rated as one of UK’s best country house hotels